Huntsville Hospital Sleep Disorders Center is seeking a BE/BC sleep medicine physician for the Sleep Medicine program.  The lab has been continually certified since the mid-1980s as a Sleep Center and offers a full range of testing including nocturnal polysomnography, positive airway pressure titration, home sleep testing, MSLT and MWT testing and actigraphy.   End tidal CO2 monitoring and designated rooms are offered for pediatric patients.  The clinic sees a full range of patients including sleep disordered breathing, movement disorders, insomnia and hypersomnia evaluation and treatment. The hospital, staff ENT physicians and Sleep Clinic are also participating in the hypoglossal nerve stimulation implant program. The Center offers services in Huntsville, Madison and Decatur and has 16 beds available for testing between the facilities.

This hospital employed opportunity offers an excellent compensation and benefits package including health, dental, vision and malpractice insurance, and annual CME allowance. This is an employed position with paid vacation and 401k with employer contribution.

Huntsville, AL is situated in the fastest growing major metropolitan area in Alabama, and has the highest per capita income in the southeast.  Huntsville consistently ranks as the best place to live, learn and work. We are a community that combines the welcoming feeling of a modern southern city with progressive diversity of new ideas, people, and technologies. With a population of 400K in the metro area, we are a high-tech, family oriented, multi-cultural community with excellent school options, dining and entertainment for everyone.  Huntsville has some of the most beautiful rolling mountains and hills that offer great walking, hiking and biking trails. Companies such as Facebook, Google, Toyota-Mazda, and the FBI have offices right here in Huntsville, AL.

Huntsville Hospital is an 971- bed Level I Trauma Center and the regional referral center for all of North Alabama and Southern Tennessee with a catchment area of 1.25 million people. 165,000 annual ER visits, including a dedicated Pediatric ER at our Women's & Children's Hospital, physician support in over 65 medical specialties. The hospital has 24/7 in-house Hospitalist, Radiology, Cardiology, Trauma, Orthopedic and Neurosurgical Coverage.

Huntsville is situated in the fastest growing major metropolitan area in Alabama, and with the highest per capita income in the southeast, Huntsville is the best place to live, learn and work. We are a community on the move with rich values and traditions while progressing with new ideas, exciting technologies and creative talents. Our community’s unique characteristics are a worldwide attraction and will certainly provide a place for you and your family to flourish. With a population of 400K, we are a high-tech, family oriented, multi cultural community with excellent schools, dining and entertainment.  Huntsville is nestled at the foothills of the Appalachian Mountains with an abundance of activities to do inside or out. Hike our mountains and swim in our lakes! 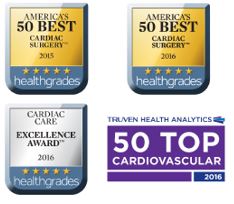