We are recruiting for our hospital-employed group in Saratoga Springs and also for a rural practice and hospital where our group provides cardiac care.

This is an exceptional opportunity to join our collegial group of six, including four non-invasive cardiologists, two full time interventional cardiologists, with a team of five advanced practitioners and excellent support staff.  Our cardiologists rotate through our two office locations, our local office, across the street from Saratoga Hospital and satellite, 9 miles south on our 140-acre Malta campus, where echocardiography and stress testing are offered. We have a part time cardiologist who performs cardiac catheterization for inpatients. An Electrophysiologist splits time between Saratoga and Albany Med. Saratoga Hospital is a 24/7 STEMI/PCI center.

We are also recruiting for a full time Cardiologist for a rural opportunity, or a physician who would work half time in Gloversville and half time in Saratoga.  This position is located in Gloversville, New York, where physicians see patients in clinic, round and perform consults at Nathan Littauer Hospital, a modern 74-bed community hospital, approximately 34 miles west of Saratoga, approximately a 40 minute drive. Saratoga Hospital is assisting Nathan Littauer providing physician support to build and grow a comprehensive Non-Invasive Cardiology program.  Currently, we have two physicians sharing this position, with two Advanced Practice Providers, one in-office and one hospital-based. Physicians cover the hospital, clinic, testing, echos, stress tests, etc. Physicians see patients in clinic and create time to round at the hospital. This is currently a Monday - Friday position with call by phone at night, and weekend rounding (approximately four hours) shared with one to two providers and other local per diem physicians. We are exploring the possibility of being able to sponsor J-1 waiver or H1B at this location. (Physicians needing sponsorship need to be full time at this location.)

See what one of our newest cardiologists has to say about why she chose Saratoga Hospital. https://dailygazette.com/2020/03/01/cardiologist-mookherjee-passionate-about-work-with-saratoga-hospital-medical-group/

Saratoga Hospital has received the Mission: Lifeline® Gold Receiving Quality Achievement Award for implementing specific quality improvement measures outlined by the American Heart Association for the treatment of patients who suffer severe heart attacks for the past four years in a row.

We seek cardiologists who provide quality, patient-centered care, with demonstrated leadership skills, including team-building and respect for collaboration in a multidisciplinary team environment.

Saratoga Hospital Medical Group, a multispecialty group of 300+ providers including physicians, advanced practice providers and nurse midwives, contributes significantly to the hospital’s continued growth and reputation for excellence. Collegiality plays an integral part in that, too. Doctors enjoy a shared governance approach to leadership and tremendous support of hospital administration.

The compensation and benefit package is comprehensive and includes eligibility for productivity bonus.

Saratoga Hospital is a not-for-profit 501(c)(3) entity for those participating in the Public Service Loan Forgiveness Program.

• Three hours from New York City, Montreal and Boston — right on the edge of New England,

• TravelMag named Saratoga Springs, NY, one of the Most Charming Small Cities in the USA, 2021.

• Outdoor enthusiasts will love the natural beauty of the Adirondacks, nearby Berkshires and Green
Mountains, Saratoga Lake, Lake George, other waterways, and more! 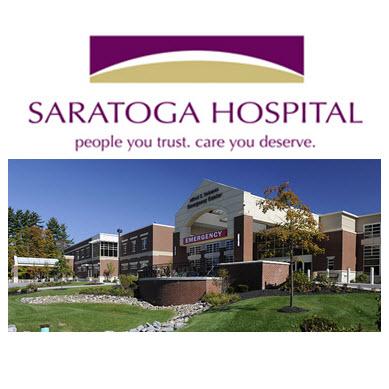