Congratulations to our 2020 Winner! 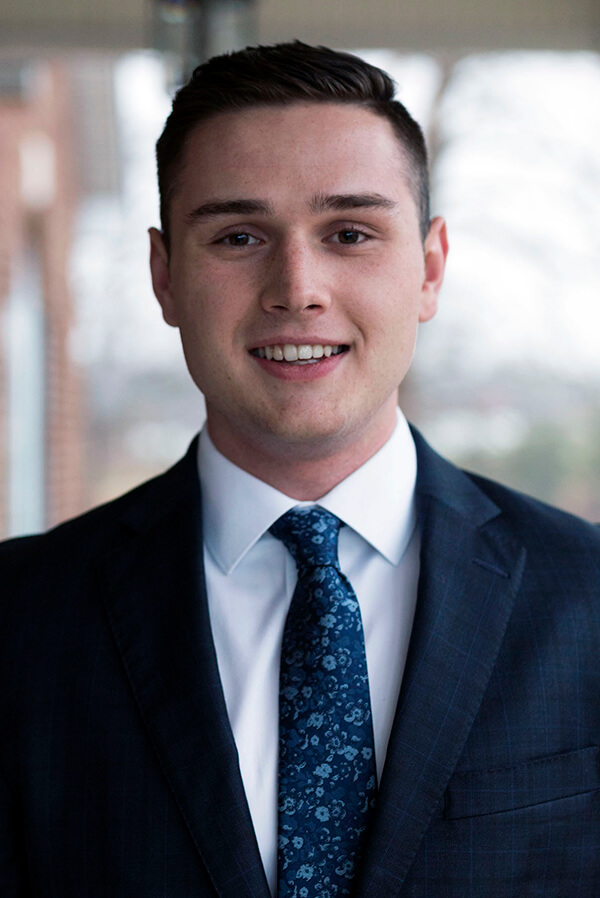 I am honored to be selected for the 2020 PracticeMatch Empowered Physician scholarship. As an incoming medical student, this scholarship will give me the opportunity to spend more time learning medicine and less time working to pay for school. I am both excited and humbled to be financially supported, and I plan to pay this generosity forward in compassion and quality healthcare to my future patients.

Through middle school and high school, I played in a full-time, professional bluegrass band with my family. Although my parents had jobs, we traveled domestically and internationally playing 60-80 weekend shows per year. We released four albums, signed with a record label, and consistently ranked on national Americana airplay charts. Bluegrass is native to Appalachia; songs often reflect the daily challenges of the region, of getting by with few resources. The songs we played were no different. But even in my hometown of Tullahoma, Tennessee, bluegrass was not the mainstream interest among my peers. When my friends at school asked about our shows, I found it difficult to explain the connection I formed with our audience members, many of whom became my friends. Playing bluegrass at hole-in-the-wall cafes and Americana festivals gave me the opportunity to hear peoples' stories I might have otherwise missed. As my own career aspirations began to emerge, meeting people who had lost a loved one because of inadequate access to healthcare, had lost their insurance, or had been unable to afford medications made me want to become a physician who addresses these hardships. Further, it revealed my desire to use the skills I developed playing music to help those who need care the most.

During July of 2009, shortly after I began observing health disparities through playing bluegrass, my mom and I gave a ride to an older man who was sitting on the seat of his walker scooting down the busiest street in my hometown of Tullahoma, Tennessee. His name was Redfern, and he was headed to the grocery store for a sale. Picking him up that day started a six-year-long relationship. Every week, I would help take Redfern to the grocery, the wound care clinic, the post office, or church. As I got to know him better, I learned that he had no family, lived by himself, was a hoarder, had slight dementia, debilitating foot wounds, and no means of transportation aside from his walker.

Redfern had lived in Tullahoma for at least a decade. He said there was only one other person in Tullahoma who had ever tried to help him aside from my family. According to Redfern, this person "betrayed" him by having him admitted to a psychiatric facility two years prior. He was a man who, by any definition, had fallen through the cracks of society. It was not uncommon to go pick him up only to end up putting bed sheets on his bare mattress, collect expired canned goods off the floor of his kitchen so he would have a path for his walker, or help him re-wrap his foot wounds to try and soothe his pain.

Alongside my experiences playing bluegrass, my relationship with Redfern revealed some of my own motivations for entering a career in healthcare. Society often inadvertently marginalizes people like Redfern because having relationships with them requires us to give more than we get. His value to many was made demonstrably clear to me throughout our relationship - seeing people disregard him upset me. Redfern helped me recognize my desire to use my own talents and passions to care for people who are misunderstood, overlooked, and underserved.

To merge my desire to use the skills I developed with my hands through music with my passion for reducing health disparities, I plan to become an academic neurosurgeon who provides care to the Redferns of the world and conducts public health and policy research on the most effective ways to provide surgical care to the uninsured. Eventually, I hope to transition from a provisional health role to an administrative role that allows me to use my experience to affect the health system more broadly. This could mean becoming the chief medical officer for a larger hospital conglomerate or perhaps working as an advisor or appointed official in state or federal health organizations like the US Department of Health and Human Services.

Before matriculating at Harvard Medical School next fall, I am completing two graduate degrees at the University of Oxford as a Rhodes Scholar suited to my goals: a Master of Science in Evidence-Based Social Intervention and Policy Evaluation and a Master of Science in Clinical and Therapeutic Neuroscience. The former degree, which I recently completed, allowed me to focus on the data-driven evaluation of health policy, while the latter degree will prepare me to conduct high-impact clinical research throughout my career as a neurosurgeon. Ultimately, it is my hope that my experiences and education will enable me to become a physician who works at the individual level and at the system level to provide everyone with equal access to healthcare.