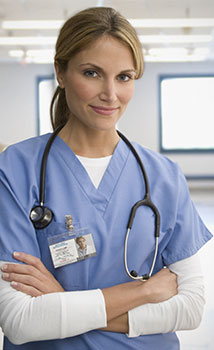 According to the AAMC, more than one-third of actively practicing Physicians today are female. These numbers will only continue to grow as more females than males are entering medical schools for training. This trend makes it vital for recruiters to understand this Physician population’s compensation profiles, work environment, and preferences.

The Most Popular Female Medical Specialties Coming Down the Pipeline*

Internal Medicine IM has become the top specialty for the largest number of female Resident Physicians. More than 10,000 female Residents have made it their specialty-of-choice.

Pediatrics The treatment of infants, children, and adolescents is a popular area of medicine for female Residents. This specialty has attracted over 6,000 women to practice.

Obstetrics and Gynecology OB-GYN is the top, female-dominated specialty in medicine. Over 82% of practicing OB-GYN’s are female with an additional 4,000 Female Residents ready to join the ranks.

They Receive Lower Compensation Female Physicans are compensated less on average than are males performing the same jobs. Most female Physicians make around $51,000 less a year than do their male counterparts (3).

Female Faculty Members Fare Better A 2016 study of gender-related pay in US Medical Schools found that there was over a $19,000 pay gap between female and male faculty members(2). This was noted even after adjusting for specialty of practice, experience, Physician age, revenue, research, and rank. Female faculty members with Full Professorship were found to be making salaries on par with male Associate Professor counterparts in the study(2). Although this gender-related discrepancy is remarkable, female faculty have less of a pay gap to contend with than do those Physicians working outside of academia.

They Have Better Patient Outcomes

Female Physicians who treated geriatric patients in the hospital had lower mortality and readmission rates than male Physicians(5). They have also been shown to treat both genders equally regarding drug therapy, often leading to better outcomes for female patients(5). Some of these positive outcomes could also be related to the fact that more female Physicians utilize psychosocial, team-based approaches with patients, using more positive, encouraging and reassuring language.