Recruiting a physician for a rural location can be like finding a needle in a haystack. But don't be discouraged–try using a "magnet" to find that needle. As such, consider these tips from physicians who truly enjoy living and working in a rural setting. Combine these with other modern recruitment strategies for a more encompassing hiring process. 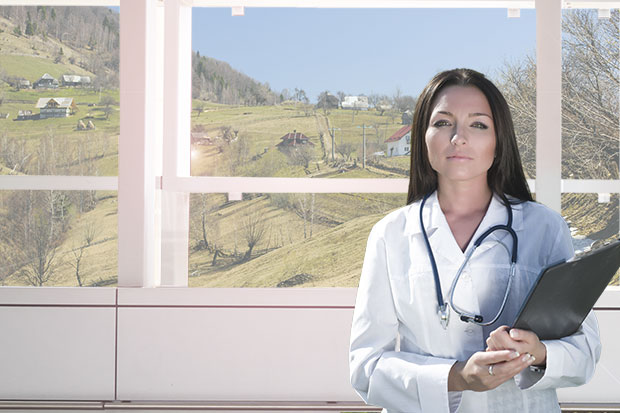 "You can't go home again," wrote novelist Thomas Wolfe. But in regard to rural practice, Wolfe was mistaken. As alluring as city living can be, many workers—doctors included—often want to settle down close to where they were raised or in a similar type of environment.
"I grew up about 30 minutes away from where I practice now," says one physician in private practice at a small hospital in rural Ohio. "It's a way to come back home and help the people in the area that I knew very well."
The lesson for recruiters: If you're looking to fill a position in a rural area, try to find a physician who grew up in a rural area.

Know Where the Money Is:

When notorious bank robber "Slick Willie" Sutton was asked why he robbed banks, he famously replied: "Because that's where the money is." For healthcare practitioners today, rural practice is where the money is.
Be aware, however, that the physicians interviewed for this article say that they didn't choose rural practice just for higher salaries and financial assistance with student loans–but such incentives did make the decision a whole lot easier, they add.

Although a higher income can attract a candidate's attention, be sure to also tell candidates about the intangible benefits of rural practice. "It's certainly hard to quantify, but I think the patients are much more appreciative of what you do," says the physician from Ohio. "Compared to patients in other locations, those in rural communities are often sicker, and they really appreciate that you're making an effort to make them feel better and live longer."
Why are patients in rural locations more appreciative? "I think the community feels a sense of ownership of their local hospital," says an ED physician in rural Oregon.

"There are probably a number of residents coming out of programs who have no idea that jobs even exist in areas like ours," the Oregon ED physician says. "They read all the big national stuff that says 'Don't go to places like Oregon, there are no jobs there,' but that couldn't be further from the truth. There are probably 10 hospitals in the state who are continually looking for one or two more doctors in the emergency department–including ours."

Recruiters could be the connection between the unaware residents and these understaffed rural facilities. "I know there are people who would love to come work with us, they just don't know yet," he added.

So, the next time you have to fill a position in a rural location, just remember that you can use a magnet to find that needle in the haystack.

We'd love to tell you more about how PracticeMatch can make your job easier:

Email Us Call Us