In recent years, a number of states have legalized marijuana for medical and/or personal use. While the patchwork of state laws seems to be ever evolving, under US federal law, marijuana still is considered a Schedule I controlled substance. What happens when a non-US citizen physician in a state with legalized marijuana prescribes or dispenses marijuana to patients?‌ The answer is that a physician may be putting him- or herself in immigration jeopardy.

Under federal immigration law, prescribing or dispensing marijuana can be a ground of inadmissibility, which prevents a person from entering the US or becoming a lawful permanent resident of the US. The grounds of inadmissibility for controlled substance violations are set forth in Section 212(a)(2) of the Immigration and Nationality Act (INA), and they cover both possession and trafficking, which may be defined broadly as trading, selling or dealing. In addition, a person can be covered by one of these grounds of inadmissibility even if not arrested, charged or convicted of an offense so long as the person admits to committing acts that constitute such an offense. Customs and Border Protection (CBP), the federal agency that regulates entry into the US, takes the position that sale, possession, production and distribution of marijuana are illegal when determining whether to admit a person to the United States.

No waiver is available for the ground of inadmissibility based on controlled substance offenses; therefore, the bar to entering the US or to receiving a green card cannot be overcome by any argument that the physician will experience hardship from the decision, has US citizen family or a similar reason. Due to the extreme consequences that could stem from prescribing or dispensing marijuana, physicians who are in a nonimmigrant status, like H-1B, J-1 or O-1, in states where marijuana is legal for personal or medical use should not prescribe or dispense any marijuana products.

A physician who already has a green card is not out of the woods when it comes to marijuana. Recent USCIS guidance states that marijuana-related activity, including but not limited to possession, manufacture, production, distribution or dispensing of marijuana, which amounts to a violation of federal law, could lead to a finding that the individual lacks the good moral character required to become a US citizen. Again, just as with the ground of inadmissibility, a conviction is not required for this bar to apply; instead, admitting facts that constitute this type of offense is enough to support denial of a naturalization application. Overcoming this bar to naturalization is challenging and no waiver is available.

To avoid negative immigration consequences, non-US citizens should refrain from engaging in any activities related to marijuana, including prescribing or dispensing marijuana to patients, even in states where such activity might be permitted under state law. If a non-US citizen physician has engaged in such activity or has questions about the extent of the prohibition, he or she should consult with a knowledgeable immigration attorney. 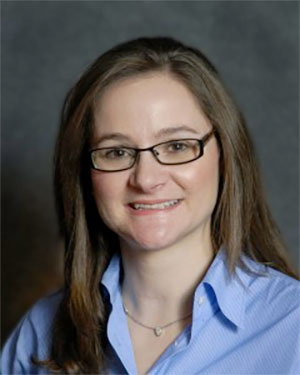