The Pros and Cons of Pursuing Telemedicine

Telemedicine is changing the healthcare landscape. Each year the number of clinicians and hospitals adopting this technology is growing. By 2020, there are expected to be 158 million Telemedicine visits occurring annually(1).‌ If you are considering adopting Telemedicine in your practice it is important to examine the risks and benefits to assure it is the right choice for you. 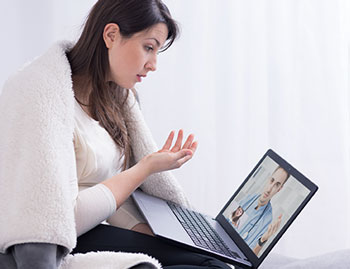 A cornerstone of Telemedicine (TM) is that it allows Physicians to confer about patients no matter the location. Whether it be a Doctors Without Borders volunteer in Africa or a small town ER Physician, Telemedicine increases underserved patients access to specialists. Increasing consultations can be financially advantageous to Physicians looking to expand their patient networks. A study of over 3,000 California TM user claims found that TM patients were most commonly younger patients that were not formerly using the healthcare system (5). TM use allows Providers to access new patient populations that they would not have normally.

A common concern for many Physicians considering a transition to Telemedicine focuses on whether physician-patient interactions will suffer when using this technology. Research has confirmed that overall patient satisfaction levels are 98% among patients utilizing Telemedicine(3). A Midwestern VA study found that patients viewed a physician's competency, ability to establish rapport and interpersonal skills as similar when comparing TM visits to traditional face-to- face visits(4). Patients also reported increased satisfaction with the convenience of Telemedicine over traditional visits that have associated travel, time and examination inconveniences (3).

Telemedicine allows Physicians the option to practice from a location of their choosing. Whether they are practicing from the comfort of their home or seeing patients at a satellite clinic without having to leave the main office; Telemedicine allows a level of flexibility that was previously not possible. The hassles of traffic and transit time between clinics can be a thing of the past.

Telemedicine can also benefit Physicians seeking to increase oversight and consultations with their Mid-level Practitioners while in other clinics. Having a "second set of eyes" on a patient when needed can help increase safety and productivity in TM clinics.

Telemedicine sounds great but are colleagues ready to adopt this new technology? A study of TM at the University of Texas Medical School, Houston found that the majority of participating Physicians in their study choose to have minimal input from the Telemedicine MD when given the choice(2). There was an apparent resistance to utilizing the Telemedicine option when given a choice. Early adoption of new technology is often met with resistance and skepticism. EMR received varied levels of acceptance when it was first introduced but now it is at the core of today's healthcare.

In an age where hospital and retail networks are under constant online attack, it can be especially challenging to keep data safe. HIPAA requires that a patient's information remain private if the involved parties are using Telemedicine. The decisive consequences associated with a privacy breach can be a deterrent to inviting more technology into a practice. Utilizing TM means assuming an additional liability risk on top of those already found in most practices.

Telemedicine reimbursement rates vary from state to state. While some states have established parity laws that reimburse providers equally for both Telemedicine and office visits, others do not. There are also no established agreements on rates amongst individual insurance carriers which can lead to confusion. Due to the complex nature of the reimbursement landscape, it is essential to address an individual practice's needs.

Some helpful state and federal reimbursement resources include:

DHHS-Centers for Medicare and Medicaid Services

Telemedicine is based in technology and can have many associated start up and maintenance expenses. Equipment and software must be purchased and maintained. This maintenance frequently necessitates having an on call IT specialist that is familiar with troubleshooting and resolving any issues that may arise. Other expenses include technology related updates and staff training that can lead to clinic downtime and lost revenue.

Telemedicine's biggest weakness stems from its dependence on technology. If any issues occur with power, software or hardware the system becomes inoperable. It is essentially an all or nothing proposition that can have you relying on IT specialists to keep you afloat.